This is a guest article by Laurie, a wife, mother to four, and homesteader who blogs about personal finance, self-sufficiency and life in general over at The Frugal Farmer, winner of the Fifth Annual Plutus Award for Best Green/Sustainability Blog. Part witty, part introspective and part silly, her goal in blogging is to help others find their way to financial freedom, and to a simpler, more peaceful life. In this article, she shares her family’s story and the background that led to The Frugal Farmer. 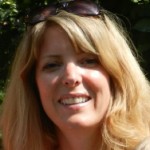 We launched The Frugal Farmer near the end of December 2012. Earlier that month, we’d come to the realization that our debt had gotten WAY out of hand. For the first time in our lives, we sat down and calculated our debt numbers and our debt-to-income ratio. It was not pretty.

It was a time of great change in our lives; we’d recently sold our mini-mansion in the suburbs in order to buy a small hobby farm. We wanted peace — a more simple life. We didn’t understand the whys and hows at the time; we only knew that city living was stressing us out. We moved into our hobby farm in October 2012, and the weight that was lifted off of our shoulders was more than noticeable.

It was at that point we began being able to dissect why that weight was there in the first place. Years of working our tails off to keep up with the Joneses had taken a toll, both on our finances and our emotions. We didn’t see it before, but being out in the country, away from it all, made us realize how hard we had worked to fit in with the Joneses in our upscale suburban community. We bought what others had, went where others went, did what others did, all in the name of “being successful” and “fitting in.”

After 15 years of this, we were just plain tired, and no wonder! Moneywise, we always did… okay. We’d wrack up debt, and then pay it off. Then we’d do it again. Then Rick got laid off from his failing company in the beginning of 2010. We made it through the layoff fine with unemployment and savings, until he got a job in September of that same year. The job he got, although with a great company, only offered to pay him 80% of his former pay.

He took the job, and we foolishly declared that we would simply make up for the income loss by using our credit cards until he got enough raises to move up to his former wage. Without a budget or a spend-tracking plan, as you can imagine, those credit card balances skyrocketed as we justified purchase upon purchase as a necessity.

Soon the balances were way out of control, but we didn’t know, look or care, until we moved to the farm and our minds became clear enough to see the mess for what it was. And boy, what a mess it was.

So our goal became to simplify our lives as much as possible. We began living with a more minimalist, self-sufficient mindset, and we began learning how to live like fiscally responsible adults. This was no easy task. Neither one of us had much experience with managing money responsibly. We simply spent.

Mind you, we weren’t living lives of luxury. Our debt was nearly all nickel and dime stuff: a stop at a drive through here, a few things at the big box store there.

We started The Frugal Farmer as a way to stay accountable, to chronicle our journey out of debt and into a more simplified life, and to inspire others to leave the rat race — at least from an emotional standpoint — and start living life in a way that truly brought them peace and joy. Our readers have been with us through our ups and downs, our mistakes and our victories. We are still learning about what it takes to manage money properly, live simply and make the necessary sacrifices so that our family can have debt freedom and, eventually, financial independence.

Without the hard work of the hundreds of awesome personal finance bloggers that share their wisdom on the Net and gather at FinCon every year, we certainly wouldn’t be where we are today. Our debt isn’t gone yet, but it’s going. And thanks to the personal-finance blogging community, we’ve gone from blogging newbies to impactful, successful bloggers and freelancers.

When we won our Plutus Award for Best Sustainability Blog in 2014, it was a confirmation for us that we are indeed making an impact and helping others, which was a major goal of ours when we began our blog over two years ago. Our goal now regarding blogging is to continue to inspire others, dump our debt, and learn to emulate the many fine mentors in the personal finance blogging world, inspiring others to keep chasing their dreams and achieving their goals.

The biggest lesson we’ve learned? Don’t let anyone tell you that you can’t achieve your dreams. With a solid plan and the willingness to persevere, you can indeed have success.