Join us next Wednesday on February 11th, 2pm EST / 11am PST with special guest J.D. Roth, founder of Get Rich Slowly, author of Your Money: The Missing Manual, creator of the Get Rich Slowly course and all around seeker of happiness. J.D. will be talking about the power of community and more specifically, how to build one. The benefits of building a strong community are endless, and J.D. has community members who have followed along on his numerous adventures along the years.

J.D. has been the recipient of a number of Plutus Awards over the years:

Add this event to your Google Calendar!

Today’s giveaway is sponsored by The Plutus Awards, and is one $150 gift card for Amazon.com. One lucky winner will be chosen using random.org. In order to qualify, follow these instructions:

If we choose a winner who RSVPed but did not attend, we will choose a second winner.

The Plutus Awards ceremony you see every year at FinCon would not be possible without the hard work of a number of people throughout the year leading up to the event. Behind the scenes, we have a team of several people from within the financial media committee who are essential to presenting a smooth awards season. 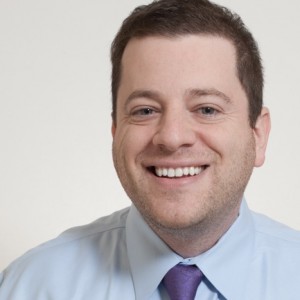 Luke is the director of the Plutus Awards. He coordinates the Awards, and keeps everything on track. Tom Drake is the founder of Canadian Finance Blog, and is the owner or partner of several other blogging properties. He handles most of the backend portions of the Plutus Awards, working on the code of the web site, and developing voting forms and other forms. Tom also has a program that tabulates votes to help us understand how many nominations each blog has received to help determine finalists (actual winners are determined by the Blogger Panel) and tabulate votes for the People’s Choice Award (which is determined by popular vote). Miranda Marquit is the writer behind Planting Money Seeds. She writes for several financial web sites and blogs. Miranda is the point of contact for Plutus Awards sponsorships, from coordinating who provides financial support for the ceremony to the companies providing swag for the Plutus Awards Winner Gift Bags. (There are still opportunities to sponsor; email [email protected] for more information.) Ashley Jacobs is part of the team at WiseBread. She is in charge of the ceremony itself. After witnessing her rap skillz at the Fourth Annual Plutus Awards ceremony in 2013, we asked her to emcee in 2014. She put together a fantastic show in 2014, including a memorable, sentimental special that brought attention to the personal accomplishments and milestones achieved by many members of our community. Matt Giovanisci recently launched Roast Coffee, a website and community for coffee lovers. He is known for his humor and quick wit — and his ability with technology. He created the community-wide lip sync video for last year’s award ceremony, and surprised everyone with a live performance.

In addition to those listed above, the Plutus Awards ceremony and everything surrounding the entire season wouldn’t be possible without the help of volunteers throughout the community. At the awards ceremony, a corps of volunteers helps as awards presenters, ushers, stage hands, property managers, stage managers, audio/video technicians, and social media associates, and we all work together to produce a fantastic show that exceeds everyone’s expectations every year.

We’re grateful to all of those who help out with the Plutus Awards, since our team is what makes this production possible. By 2005, the community of personal finance blogs had started to grow at a quickening pace. Early independent money and investing blogs like Consumerism Commentary, PFBlog, MyMoneyBlog, and SeekingAlpha began drawing the attention of mainstream media. These bootstrapped websites and those like them offered something previously unseen in the media.

Thanks to the internet, more specifically the World Wide Web and tools like Blogger, Movable Type, and WordPress, independent publishers, almost always working on their own without a writing team or editors, could start to develop an online readership like large publishers with an editorial staff, such as The New York Times. Amateur journalism had a new outlet, and one that allowed the amateurs to reach a wider audience.

For several years, an average internet user looking for information online about how to manage their money could find an article by an independent publisher as easily — and in some cases, more easily — than they might find an article about the same topic written by a professional money manager with a decade of experience or one by a professional journalist covering the personal finance beat for a newspaper or magazine. And these independent publishers began developing loyal fans and subscribers — far shy of their professional counterparts but significant nonetheless.

Anybody could start a blog to discuss (or more often, to learn) about personal finance, without a degree in journalism, approval of a hiring manager or a board of directors, or years of experience in the financial industry. Amateur publishing had existed previously, but now it had the potential to reach more readers.

END_OF_DOCUMENT_TOKEN_TO_BE_REPLACED

Each year, we strive to make the Plutus Awards bigger and better than the year before. From the ceremony to the closing party, we try to entertain while at the same time honoring what’s best in the personal finance community.

We love putting on the Plutus Awards, and we are excited for what we have planned for the coming year. We’re beefing up the site, sharing insights from past Plutus winners, and introducing a monthly tweet chat (#PlutusChat). All of this would be impossible without the help of our sponsors. Each year, our sponsors step up and help us honor our blogging peers and recognize the best in the financial industry.

Once again, we’re looking for sponsors for the Plutus Awards. If you want to partner with us in honoring the personal finance blogging community, contact me: [email protected]

The headlining sponsor has a strong presence at the Plutus Awards ceremony, providing a backdrop for images, addressing FinCon attendees, and helping present trophies.

Past ceremony sponsors have included USAA and Fidelity, and this year Fidelity is stepping up once again to sponsor the ceremony. We’re excited to be working with Fidelity on this again, and grateful for the support, since this is how we put on a great show with hosts like Matt Giovanisci, Ashley Jacobs, and Kevin McKee.

One of the highlights of the evening is the celebration we have following the ceremony. This year, we are joining forces with FinCon, and the after-party will also be the FinCon closing party. Athena Lent has planned our after events the past two years and is already preparing for this year’s event.

The after-party sponsor will have a presence during the combined FinCon/Plutus event, and will also be able to present trophies during the ceremony. Past sponsors have included Scottrade and Experian, and we’re looking for a great partner to help us close out FinCon in style.

With our website upgrade, and the addition of more blogging content and the monthly tweet chats, we are looking for a partner to join us online. Branding on the Plutus Awards website will be included, as well as prominent inclusion on our tweet chats. This is a chance to partner with the Plutus Awards all year long.

Every Plutus Awards winner receives a gift bag along with a trophy. Sponsor the bags the gifts come in, and your logo will appear on high-quality bags, and you will also be credited with a high-value gift to some of the most influential bloggers in the personal finance space. Not only that, but the gift bag sponsor can participate on stage, presenting a trophy. Past gift bag sponsors have included Scottrade, State Farm, and Quinstreet.

Do you want the chance to provide gifts to some of the most influential personal finance bloggers? Contribute gifts for inclusion in the gift bags. We are looking for gifts worth at least $30 apiece and different to what is offered to the rest of the FinCon attendees. Your gift, included in the bag, is a chance to show your appreciation to the top bloggers in the financial space.

Bloggers recognize their peers in a variety of categories. If you want to show your appreciation to a blogger in a specific category, a trophy sponsorship is a great way to participate. Your brand name will be included on the trophy presented to the category winner, as well as recognized during the Plutus Awards ceremony at FinCon.

Every year, the Plutus Awards also makes it a point to honor financial products and services that help consumers. The bloggers themselves choose the brands that they think have done an excellent job. If you want to present yourself for special consideration, you can submit materials that bloggers can review as they make their decisions.

Here’s to another great year in personal finance!